How many more terrible crimes will the Zionists commit against the poor Palestinians? The following story is from UNWRA:


The United Nations has declared Gaza a disaster zone today after torrential rain and flooding forced at least 5 people to flee their homes without umbrellas. The UNWRA spokesman in Gaza, Mr Jihad Hamas Islami, declared that the disaster was deliberately caused by Israel's iron dome system. In front of the world's press he declared:


"The iron dome system was switched on to divert heavy rain targeted at the Zionist entity directly into Gaza."

However, the PA President Mr Mahmood Abbas did not fully agree with the Hamas prognosis regarding the Gates of Hell, cautioning:


"President Obama has disclosed to me that the Zionists now have an advanced version of the Iron Dome system which will shoot down the Gates of Hell before they are able to swallow up all the Jews.

He even warned that


"..the system may be able to divert the Gates of Hell back into Gaza."

An emergency session of the United Nations was held immediately following the disaster, resulting in a new resolution UNSCR 666 condemning Israel's actions. The resolution stated:


The flooding of at least 2 properties in Gaza is, with the exception of previous wars started by Israel,  the worst humanitarian disaster in the history of the world. Since Israel is held directly responsible for this action the UN deems that Israel can no longer be considered a legitimate state and so must dismantle itself.

Livni wanted to see the results of an independent enquiry into the role of the Iron Dome system in the disaster, and also felt that voting against the resolution might alienate Israel's many friends at the UN, who are already furious at Israel's recent plans to add a conservatory to Moshe Golderberg's apartment in Jerusalem.John Kerry said that if the Israelis voted against the resolution he would no longer be able to personally ensure the safety of Israelis anywhere in the world.

Great to see the Palestine Solidarity Campaign has updated its website to make its objectives much clearer and really tells it as it should be!!!!!!  No need to pay lip service to all that "we work for peace & justice for Palestinians, in support of human rights & against all racism" nonsense - which we only put there to placate the Zionist controlled media. 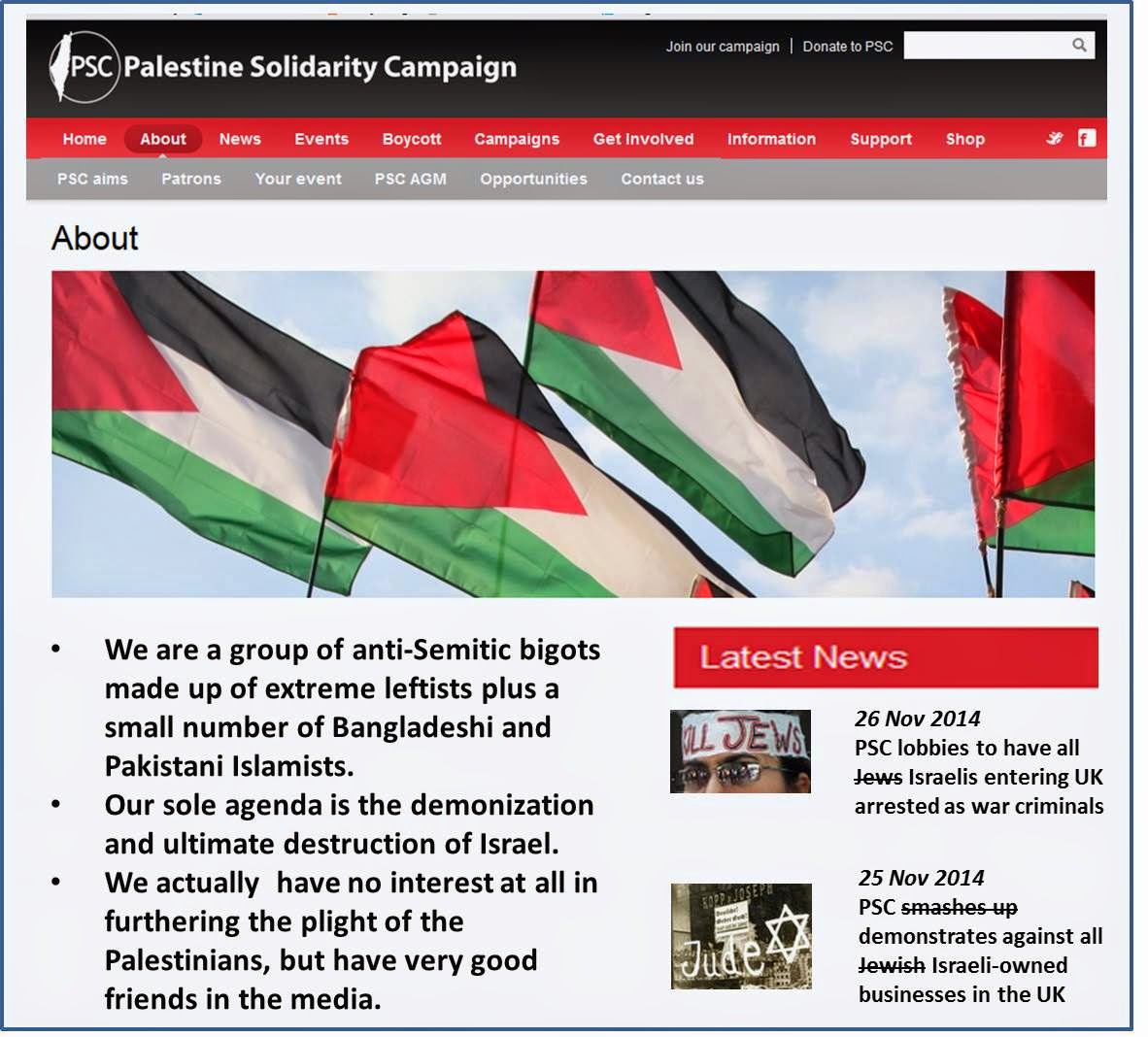